For those interested in understanding and tearing down systems of racial oppression, the writings of Ta-Nehisi Coates, Franz Fanon, and Paolo Friere are essential reading.  In this excellent essay, Soc 362 (Racial and Ethnic Minorities) student, Sarah Edmiston reflects on what these authors say about the different roles that White folks (as colonizers/oppressors) and people of color (as colonized people’s/oppressed) must play in order for racism to be dismantled.

This is a very interesting and complex topic and something that I spend a lot of my time thinking about.  I appreciate so much these readings and hearing from different people of color about what white folks can do to be better allies and stand in solidarity with people of color.  There are white activists all over whose goals are to fight for equal rights for people of color; yet, there seems to be a disconnect as to what is the best way to do this.  Personally, I have seen a lot of white activism in environmental activist groups (Earth First!) who are inclusive of all races, genders, etc.  There is always a focus on talking* about issues of oppression and the best way to dismantle the hierarchical systems that keep marginalized groups from breaking free of the chains that capitalism and racism have placed them in.  Though the intentions are good, what I’ve seen is a lot of “tokenizing” people of color in these groups.  In his memoire, Ta-Nehisi Coates (2015) writes, “…’intention and ‘personal responsibility’ is a broad exoneration.  Mistakes were made.  Bodies were broken.  People were enslaved.  We meant well.  We tried our best.  ‘Good intention’ is a hall pass through history, a sleeping pill that ensures the dream,” (33).  Though times are surely changing, the roots are deep, and it’s time to move beyond intention with action.

As stated by Paulo Friere (1968) in Pedagogy of the Oppressed, “the oppressed can overcome the contradiction in which they are caught only when this perception enlists them in the struggle to free themselves. The same is true with respect to the individual oppressor as person. Discovering himself to be an oppressor may cause considerable anguish, but it does not necessarily lead to solidarity with the oppressed. Rationalizing his guilt through paternalistic treatment of the oppressed, all the while holding them fast in a position of dependence, will not do. Solidarity requires that one enter into the situation of those with whom one is in solidarity; it is a radical posture. If what characterizes the oppressed is their subordination to the consciousness of the master, as Hegel affirms, true solidarity with the oppressed means fighting at their side to transform the objective reality which has made them these “beings for another”. The oppressor is in solidarity with the oppressed only when he stops regarding the oppressed as an abstract category and sees them as persons who have been unjustly dealt with, deprived of their voice, cheated in the sale of their labor — when he stops making pious, sentimental, and individualistic gestures and risks an act of love.”  This quote speaks to the predicament I was speaking of before within white activism.  According to Friere, true solidarity is an act of love, not one of theoretical or conceptual ideas.  Though I do believe many (white) folk fighting for equality have love as a motivator, the mindset still exists that people of color as different from white people.  The fact that people who are actively fighting to dismantle these systems and STILL have these unconscious mindsets (though not super obvious) shows how deeply engrained and entangled these mentalities are. 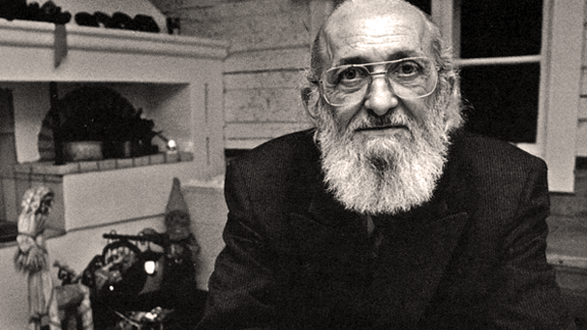 Similarly, Frantz Fanon (1952) in Black Skin, White Masks, writes, “the man who adores the Negro is as “sick” as the man who abominates him.”  To me, this describes a very similar idea.  What both of these authors are saying is that as long as white folks see black folks as “other”, as something outside, as something different and even exotic and helpless, progress will not be made.  It is within the othering that causes the alienation and allows for every single act of racism (from micro-aggressions to the deeply rooted systemic racism) to happen.  As long as white people continue to see their struggle as separate from those of black people, the divide is lengthened and we are further away from liberation.  In this way, I think Fanon is describing this sickness as something that will exist as long as there is the idea of us vs. them.

I believe that a lot of the problem behind white folks treating people of color as different is that we (white people) can literally not understand what it is like to be black (or a race, other than white) and to experience racism.  Of course everyone experiences different levels of injustice at varying degrees; but to be black in America seems to carry it with it this inherent romanticized tragedy in the minds of white people who are conscious of racism that I think we (white people) feel collectively guilty about.  For being part of a race that enslaved millions of people and still perpetrates injustices against them. Coates reflects on his admiration for Malcom X, “I loved Malcom because he made it plain, never mystical or esoteric, because his science was not rooted in the actions of spooks and mystery gods but in the work of the physical world,” (36).  Malcom spoke of the physical world, because it was his physical reality.  Like Malcom X, Coates also speaks several times throughout Between the World and Me of experiencing the reality of blackness in his physical body and physical world.

White people have no concept of experiencing the opposite end of this “otherness”, and we are unable to completely understand, thus the “othering”.  On top of that, our collective guilt feeds and reinforces the romanticizing of POC.  As we continue to peel through the layers, one by one, of learned racism that lay within and on top of and all around each of us, it is my hope that white people can learn to stop viewing people of color as separate and actually stand beside and fight with them, physically, putting our own white bodies on the line, beside them.