It is no surprise that modern music videos have become more sexual and provocative than ever before. However, most people do not understand the implications behind the sexual nature of music videos. Sut Jhally produced a film titled Dreamworlds 3 that gives viewers an insightful look into the world of sexually explicit, demoralizing and degrading music videos that encourage sexual objectification and sexist views. Throughout the film, he shows the music video industry and how their ideas of masculinity and femininity shape society’s views and acceptance of sexualization. Through Jhally’s production, he shows that this is still relevant to today’s modern music videos and that nothing has changed. I am going to discuss a music video in today’s society, “Fergalicious” by Fergie which demonstrates the concepts of sexual objectification, the sexualization of girlhood, and the use of ejaculatory imagery. 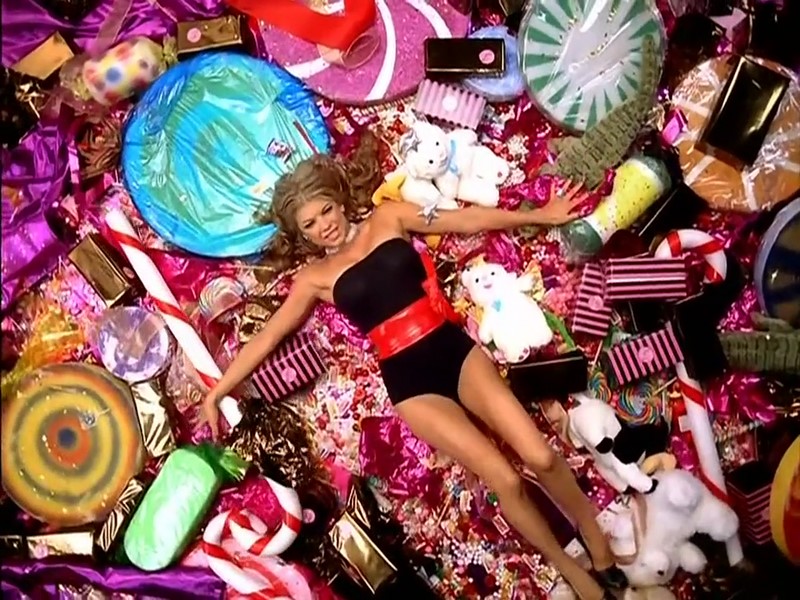 This music video also demonstrates that childhood, specifically girlhood, is sexualized and often pornographic fantasies are played out in the music video industry in many ways. This can be done through the use of costumes, such as being dressed like a school girl or a nurse. In “Fergalicious”, Fergie and her backup dancers are all dressed like Girl Scouts. In “Fergalicious”, the dancers have on Girl Scout outfits that are extremely revealing and are dancing sexually while wearing something that resembles an actual outfit a young girl would wear if she was a Girl Scout. You often see women dressed up as school girls or Girl Scouts, but school boys and Boy Scouts are usually not sexualized. The American Psychological Association (2010) explains that adult women are sexually objectified to look like little girls. The American Psychological Association (2010) states that “the distinction between adults and children is blurred, thus sexualizing girlhood”. Sexualizing girlhood is harmful because it infantilizes adult women. It also makes young girls vulnerable by associating their hobbies, clothing, and bodies with sexually available adult women.

Jhally (2008) also shows many music videos in his film where women are shown pouring water, alcohol or milk on themselves, being sprayed with liquids by others, or having whipped cream all over them. These are examples of ejaculatory imagery. This plays out in “Fergalicious” when she smears icing all over herself, specifically on her chest and around her mouth, resembling the image of ejaculate from a man.  These images are designed to evoke the idea of ejaculation in an almost pornographic fashion.

Seeing how prevalent themes such as sexual objectification, sexualization of girlhood, and ejaculatory imagery are in the music videos we see every day is extremely disturbing. It continues to be a problem and is very much relevant to the things we continue to view today. These themes are also not limited to just music videos; it is in movies, television shows, advertisements, and the media. Just imagine if this continues and our daughters and sons view these themes in the media. They will be taught that things such as sexual objectification is normal and to just accept it. Would we want our daughters to look and act like the women being portrayed in modern music videos? Do we want our sons growing up thinking their job is to sexualize women and to objectify them? Do we want our children to view this material and become normalized to it and start to self-objectify?

American Psychological Association. 2010. “Report of the APA Task Force on the Sexualization of Girls.”